We’d especially like to thank Hoy’s sister Mikki for updating our blog so y’all could have an idea of what we were up to. We used a Garmin InReach satellite tracker to text her our updates.
Also much thanks to Paul Slingerland, Layla’s father for keeping us up to date on weather and helping us to find the best sailing conditions we could.

Thank you Mikki and Paul!!

We crossed the Atlantic!! Done, done, and done! We made it to St Maarten!!
We came in on the Dutch side because the drawbridge on the French side is still out of order. Glad we did because we have a great spot just NW of the bridge, and we took a tour of the french side of Simpson Bay Lagoon yesterday and it’s a disaster. Very little seems to have been rebuilt since Hurricane Irma. There are still wrecks all over, so coming through there at night would be pretty dangerous. The French side near Fort Louis Marina, that used to be pretty touristy, is nearly dead. Granted we went through on Sunday when most businesses were closed, but there was still plenty of devastation evident. So many boats on the bottom or washed up ashore in pieces. Many shops and houses are skeletons. It’s pretty heartbreaking.
On the brighter side, the Dutch Sint Maarten seems pretty recovered. There is still plenty of destroyed shore-side businesses evident, but many are operating and seem to be thriving.
We are so glad to be here. It was a very nice trip. A trifle slow, but easy conditions, and decent to good speed most of the time. Some days were just beautiful and a real pleasure to be on the sea a thousand miles from anywhere. Some were uncomfortable, but never did it feel dangerous, except the large fishing boat from Africa that crossed our stern a little close for comfort, that we considered might contain pirates. I started the engine to give us some more speed, and changed course as soon as they were out of sight in case they had nefarious intentions. We also ran without lights for most of the night. Just in case.

We finished nearly all our fresh veg. Only some potatoes, garlic, onions, 1 butternut squash and some aged celery remains.
With about 4 days remaining, I think we’ll manage just fine. About 10 eggs left too. Provisioning was just about right.


Darn, lost one flying fish today trolling. Wind died completely so lines were hanging down.
Sometimes we were drifting backwards. Wind so light we couldn’t tell which way it was blowing!

We saw another pygmy right whale!! We were all excited and scrambled for cameras.
I rigged my GoPro on a pole so I could video them under the boat. Naturally we saw no more.
Must have been some loner grumpy old male!?!
Pleasant weather, relaxing but slow.

I expected to be averaging 130 or more miles per day, but we are doing less than 100 I think.
When it’s a nice day like this, we don’t mind much.

Update. Yesterday was pretty rotten. Grey, dreary, chilly and rained in patches. Little squalls would catch up to us, sometimes with higher winds, sometimes just rain. Wind was 15-20 knots, gusting 30 occasionally. We have two headsails out now, wing and wing. This pulls the boat along by the nose so the autopilot has an easier time and doesn’t kick off. Too rolly for much cooking so it was fried eggs and toast with rhubarb jam for breakfast and canned tomato soup for dinner.

Today was a different story though. Cloudy but still plenty of blue sky, warmer and a little Lighter winds and smaller waves. It was warm enough to take baths in rainwater Layla caught yesterday. Then the highlight that threw out the schedule:

Whales! Lots of whales. At first I thought they were killer whales because they were black with bright white undersides. Then I realized they had small dorsal fins more like a dolphin. They rarely surfaced and then it was quick. Eventually I got a look at a face and they are baleen whales. Possibly smaller than Orcas, or similar size. I expected 15 or 20, but they kept coming over about 3 hours. There must have been about 50. We were moving at about 4-5 kts and they about 6kts so they slowly passed us by. Very spread out. They often paused by my water turbine which is towed about 30 m behind the boat and then pass close to, then under. Like they were checking out what kind of an animal we are. It was very cool and especially for Layla who has never seen a whale in the wild. Lots of pics and video taken, most of it probably worthless. Thank goodness for digital.

From Mikki: So I searched small baleen whales and found the most likely (because of size and color) to be the Pygmy Right Whale. Which is found in those waters. Sightings are rare. So it was a pretty cool event.

They grow to be about 15-20 feet long and not much data is available for them.

Update by Hoy, 28 Jan: After the trip I have some pics. I think Mikki was right and it was a large pod of Pygmy Right Whales. So cool to see them like that.

A few days ago a couple hours before dawn the spinnaker fell in the water! Luckily no damage from the hull, but now the spinnaker halyard is skyed, or at the top of the mast. As it was as calm as its likely to get, I considered climbing the mast, but finally decided it wasn’t worth the risk since I expected the winds to pick up in a day or two and wouldn’t be needing the spinnaker after that. It’s not a tallship and climbing the mast at sea on a small boat means at least many bruises, and possibly much worse injury. It’s pretty violent up there!

The exact same thing happened in 2012 from Virginia to BVI. I finally figured out someone replaced the swivel with a cheap one with sharp edges. I replaced it with a better lashing, but it was cut through and skyed. As winds stayed light I did set the spinnaker again using the second jib halyard and that gave us some speed and a better ride in very light winds. We spent a lot of time running downwind with 2.5 kts of speed and 5 kts of apparent wind. Pitiful speed, but clear, sunny and a decent ride.

Yesterday we had 3 fat flying fish on deck. They were a little old and stiff to fry up, so I froze them for bait later. We also had dolphins! Layla was very excited as when she’s aboard we rarely see dolphins. I have seen many but when she’s with me the sea empties. They were smaller than I usually see with medium grey top, light grey bottom. Also, they don’t spend much time above water so they are harder to see.

The winds picked up a lot yesterday and we sometimes make better speed, but have had several rain showers and gusty winds and the waves have built up so its much more rolly. Now it’s very hard to cook or do dishes. Everything is trying to take flight This morning had a pretty heavy shower and the wind keeps veering. 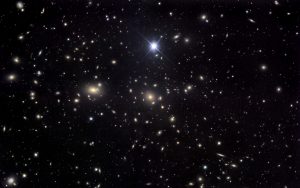 The wind has dropped even more and we are making about 1 knot.

I could use some charging to the batts so we’ll motor for a little while. These days of light winds haven’t gotten much power from the water turbine.

This morning it’s hazy, cloudy and there is some lightning. I will put all the portable electronics in my faraday cage, aka “oven” if it gets closer.

On that note don’t worry if you lose the sat signal. If we get more lightning I’ll put the Inreach in the oven too. No idea how long this will last, but there is supposed to be stronger winds later today, so probably not long.

Motoring now. We were way down on batt power.

Winds even lighter yesterday. I finally set the MPS, Multi Purpose Sail. Gee, it looks a lot like an asymmetric spinnaker.

It gave us an extra knot of speed, up to about 5 kts. It also smoothed out the motion and was quieter as it stayed filled better and the elasticity of the nylon helps absorb the shock. Unfortunately, I could not keep it from rubbing and catching on the pulpit and rolled up genoa. This morning there was a small tear so I had to take it down. Up goes the genoa and back to goosewing.